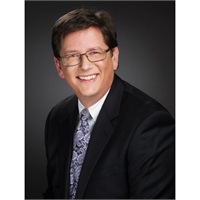 David was born in San Jose, California and with the exception of seven years (five for college and two for church missionary service), David has lived in the San Jose area and since 1995 lives in Morgan Hill. David is the fifth of six children. When he was seven years old, his father passed away. Finances were tight, but David’s mother worked hard to provide for the needs of the family.

David once commented to a client that losing his father was one of the greatest blessings of his life. Confused by the comment, the client asked, “How so?” David replied that it taught him what was most important in life – Family. As a result of losing his father, David learned the value of hard work and understands that everybody has their own life experiences that impact their view on life and finances.

In 1994 David received his Master’s Degree in Accounting (emphasis in taxation) and a Bachelor’s Degree in Accounting from Brigham Young University. David is a CERTIFIED FINANCIAL PLANNER™ professional and a Certified Public Accountant (CPA) and has successfully passed the Series 65 Exam, qualifying him to be a Investment Advisor Representative. David is also a member of the National Association of Personal Financial Advisors (NAPFA), American Institute of Certified Public Accountants (AICPA) and California Society of CPAs (CALCPA).

David has been a CPA since 2000 and involved in the financial planning/investment management industry since 2004 and is the Founder and President of Montage Financial Advisors (MFA). Prior to MFA, David was an Investment Counselor and Director of Tax at Johanson Financial Advisors (5 years), Portfolio Manager at Portola Group (10 years) and Tax Manager at PriceWaterhouseCoopers and Arthur Andersen (10 years). Additionally, since 2001, David has also owned tax businesses, including currently Montage Tax, PC, a sister company to MFA.

David is a husband, father of seven children and four grandchildren. He loves spending time with his family. When not working, David can be found watching children’s sporting events, camping, hiking, backpacking and pursuing his photography hobby. David and his family have driven around the country twice (once in 2006 and again in 2010) enjoying many national/state parks, historic sites and the many interesting cities along the way. David also enjoys spending time serving in his church.

Getting to Know David